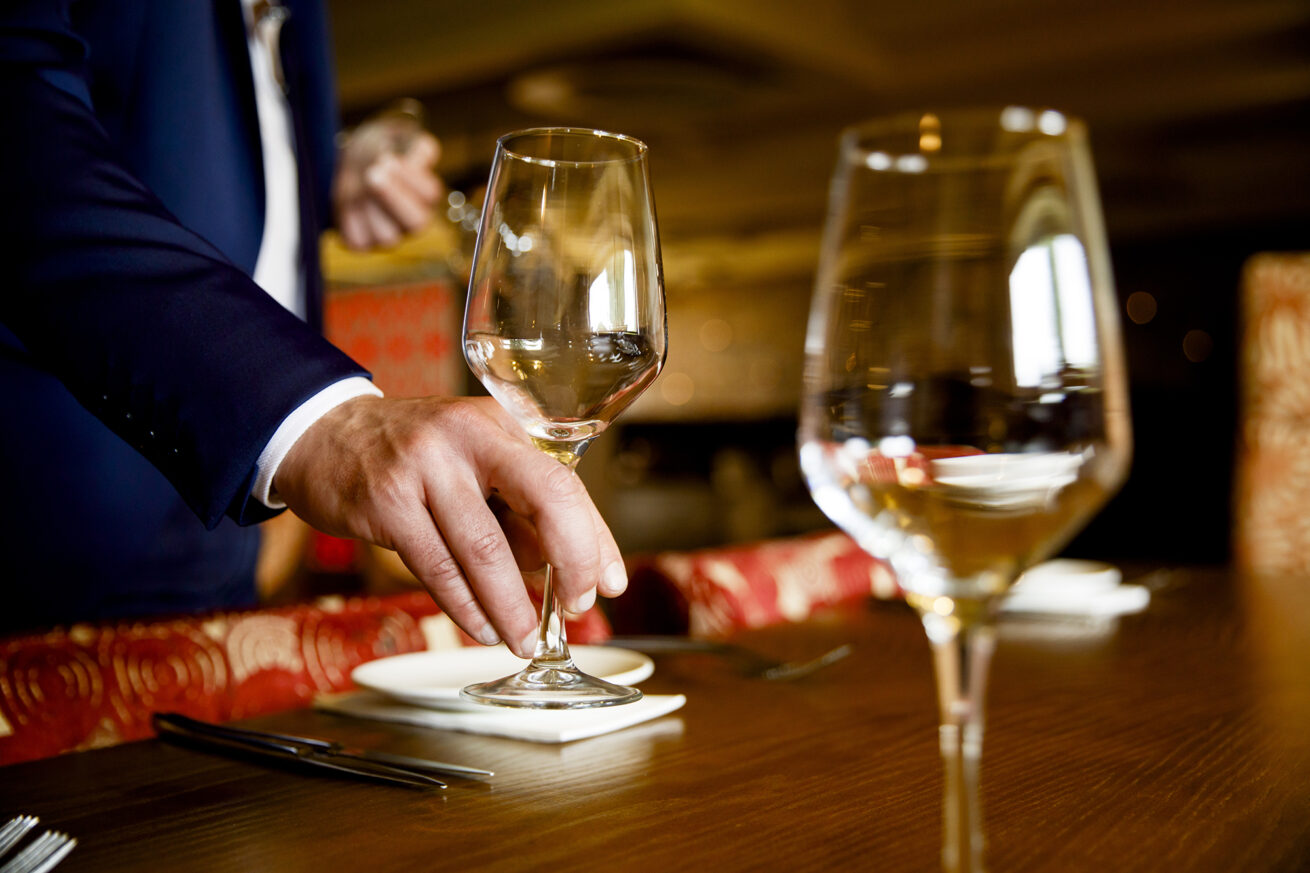 Every third Thursday in November a cultural French tradition graces the streets of Swansea. Beaujolais Nouveau is a celebration of that years batch of wine from the Beaujolais region of France and has unusual and deeply rooted origins that span the last century. At Rasoi we take a huge interest in the cultural origins of our cities celebrations, and there’s nowhere quite like Swansea to celebrate Beaujolais Nouveau.

Beaujolais wine is a fruity, flavoursome wine that is best served slightly chilled to truly promote is light, red berry flavour. Made exclusively from the Gamay grape, it’s low in tannins which means it’s generally unsuitable for long-term ageing, therefore it is drunk as a very young ‘infant’ wine! Unusually, it is celebrated and drunk six weeks after harvest. Not a favourite amongst connoisseurs, Beaujolais is made to please the affordable, majority market. This stems from the origins of the wine being cultivated as cheap and cheerful drink, for locals to celebrate the end of the harvest season and beginning of the winter months.

Beaujolais, as a region of France, is located north of Lyon and constitutes a panorama of sloping hills, 34 miles north to south and nine miles wide with over 2,300 farmers producing wine. By road the area is 426.2km away from France’s capital and over the last century an exciting tradition has grown along this route! Since 1951 a popular race has become common place on the third Thursday of every November to get the first bottles of the vintage from the Beaujolais region to Paris. In the early 1970’s, major producer of Beaujolais and businessman, Georges Duboeuf, publicised the festivities of the race and encouraged media coverage. George Duboeuf published the phrase “Le Beaujolais Nouveau est arrivé!”, translating as “The New/Young Beaujolais is here/arrived”, and it became a central part of the campaign.

This marketing display grew year on year, and by 1985 different producers had committed many acts in the name of publicity such as delivering their first bottles to Paris by elephant, rickshaw and motorcycle! The race became a spectacle, loved by the citizens of France’s wine making regions and it’s capital alike. The craze reached London and the race from Beaujolais to England’s capital city became known as the ‘Beujolais Run’, and the most impressive means of transport reported saw the winning team use a Harrier Jump Jet to safely deliver the first case.

The celebration and subsequent marketing campaigns became an international phenomenon with the wine being paired with turkey for the American Thanksgiving meal (coincidentally the week after Beaujolais Nouveau) and Japan becoming the world’s largest importer of Beaujolais by the mid-nineties. The craze reached London and the race from Beaujolais to England’s capital city became known as the ‘Beujolais Run’ and the most impressive means of transport reported saw the winning team use a Harrier Jump Jet to safely deliver the first case. The popularisation of the wine and the various international celebrations and publicity stunts took a major down turn around 1999 and for most of the world, the festivities have subsided dramatically and become part of cultural history.

However, for residents of Swansea, Beaujolais Nouveau is very much an annual event attracting hundreds of people to the city centre to enjoy a taste of that years vintage! The origins of why Swansea City has developed and sustained such a French festivity are deeply steeped in the socio-political and economical influences of the 1960’s. Cultural Historian, Professor Peter Stead explains in brief,
“It (Beaujolais Day) fitted the Swansea zeitgeist of the late 1960s. This was a community trying to find its feet as a city – looking to gentrify and intellectualise itself – and Beaujolais Day seemed to capture perfectly, this spirit.”

In a study made in 2016 it was estimated that Beaujolais Day contributed £5 million to the local economy and was the third biggest boost to the Swansea hospitality industry after Black Friday and New Year’s Eve. Beaujolais Nouveau remains big business in our seaside, hometown, for not only the hospitality industry but, also for the hair and beauty industries and retail. A time to enjoy luxury, culture and wine!

As one of Swansea’s premier Indian brands, Rasoi celebrate this time honoured tradition and welcome Beaujolais Legionnaires and First-Timers alike! Nowadays the celebration is as much about style, good food and enjoyment as it is about the wine; a reflection of Swansea City’s diverse nature. Experience Swansea at it’s very best!